Posted at 18:53h in Happy Tails by Kerry
2 Likes
Share

This is Bear who used to go by Reggie. Bear came into our lives during July of 2018. We recently lost our first dog, Bronx, to a fight against stomach cancer.

To understand Bear, and the enormous impact he has had on our lives, is to understand Bronx. Bronx was a free spirit, who like Bear, was saved from a nightmare situation by a welcoming rescue before we brought him home. Bronx loved to hunt, swim, fetch, and play with our other rescue dog, Marley. When Bronx crossed the rainbow bridge, not before living more in 8 years than some in a lifetime, it left our family devastated with broken hearts.

It had only been a few weeks since Bronx passed when this beautiful, big lug of a yellow lab who was in need of his forever home found us.
Enter Bear.

This beautiful, 95 pound lab, who believes he’s smaller than he is, named Reggie was exactly what we didn’t even know we needed until the moment we saw him. He is 95 pounds of pure love and joy. He, like Bronx, loves hunting, swimming, fetching, and playing with his four-legged sister Marley. Bear loves to cuddle and sit on people’s laps and recline in recliners. He loves getting his “bedtime snack”, going on car rides, and will give “hugs” if you ask him. He loves to run especially when he can jump and dive off the dock into the fresh lake water. He truly brought the life we lost with Bronx back into us. We are forever grateful to 4 Luv of Dog Rescue for watching over him, caring for him, and loving him before he finally found us and was able to come home. 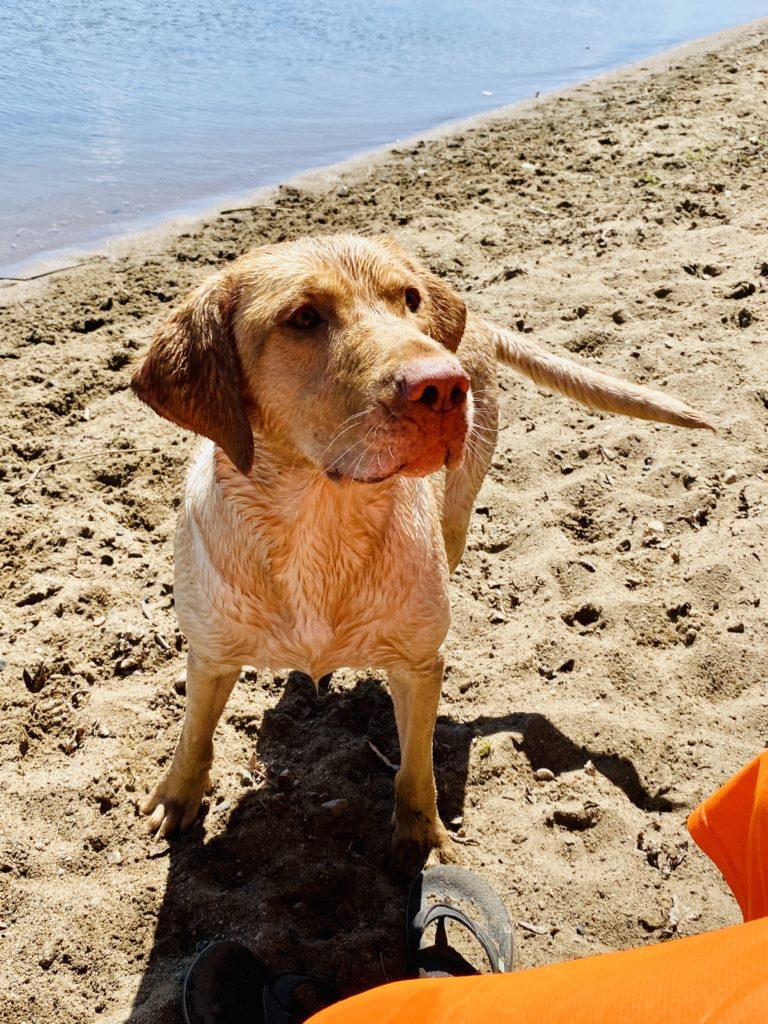 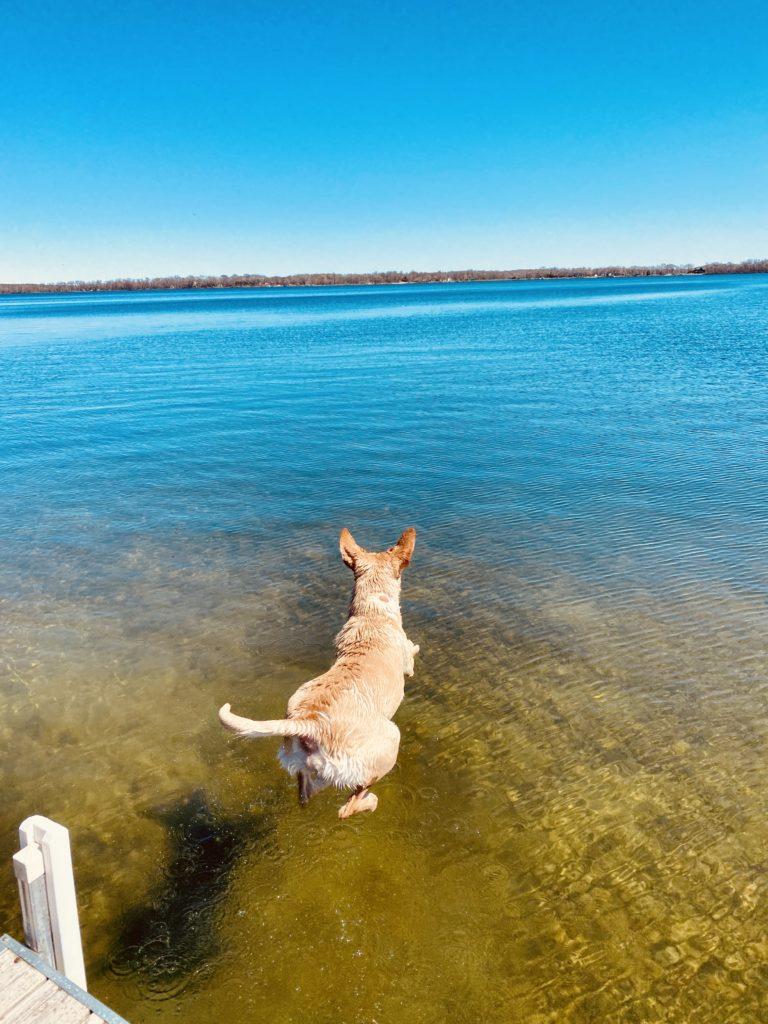